Energy for living (a story of Jan Wellmann http://energyforliving.com) 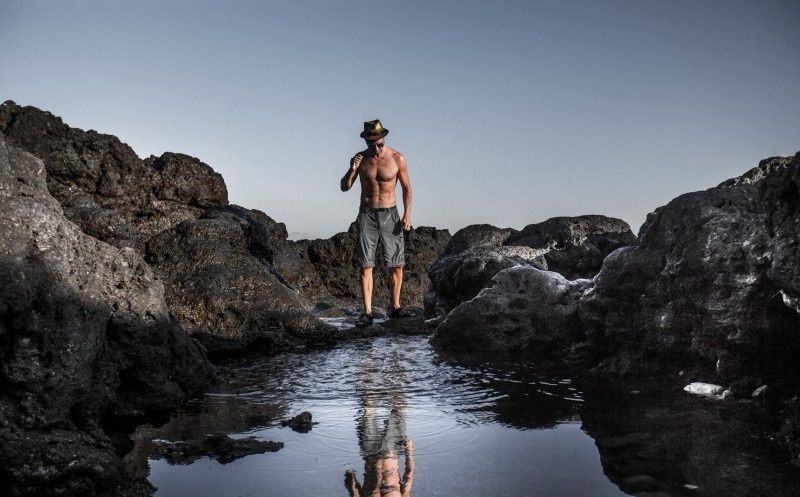 About seven years ago I woke up in a pool of sweat to face a freak of nature. A quick glance established the thing as a centenarian from Macbeth’s Birnam Woods, composed of skin and bones, with pockets of hair protruding from a scalp that was tattooed with the map of the moon. The creature slithered towards my upper torso, screeching and frothing. My sympathetic nervous system kicked in after a two-second freeze. I threw the visitor violently off to the left and to the ground, and then jumped on top of it to try and trample the thing into a pancake.

It was my crashpoint after years of battle with microbial infections of which parasites had taken the legionnaire’s honor, messing with both my gut and brain. No doctor had been able to help after the most sophisticated blood scans and meds on two sides of the Pacific. My immune system was shot, I had cyclical energy and mood shifts, fatigue, recurring bug attacks, messed up digestion, hallucinations, insomnia, compromised focus and performance, a blur that cycled in and out as regularly as the full moon. At one stage the infection values in my blood shot off the chart and a doctor gave me 72 hours to live, unless I opted for an “experimental IV antibiotic.” I got through, but the cycles continued to grow more frequent.

After trying the top clinics in LA who suggested I compromise myself with even more antibiotics, I decided to experiment with Traditional Chinese Medicine. Tibetan Medicine. Energy healers. Parasite experts in the Black Forest. A dozen nutritional protocols. Total detox camps. Ten-day fasts. Sacrifices to Zeus. The enigmatic Dr. Schmidt from Schleswig-Holstein. All this, while playacting the standard “I’m doing great” part on social, “here I am climbing a mountain, wheee!”

The various disciplines helped me momentarily, at best, but the general trend was South. The slithering creature made me realize that I was on my way to early retirement or meltdown or both. It was the end of ambiguation. I dropped into the Spartan mountains of Greece to clean up and learn about energy from scratch. One of the first things I realized was that my condition wasn’t unique, it was simply a variation from the norm.

Hippocrates said that no doctor or medicine can cure a disease, only the body can heal itself… IF it has enough energy. So I dug into what “energy” is all about. How we garner and expel. How we charge and drain, with input and output drivers that could equally well describe the nature of a dynamo. The better we sense the drivers the farther we can kick our bunny butts. This is all stuff we used to know innately.

Today, most people who eat and live by modern standards don’t have the necessary energy to sense that they’re low on energy, to begin with. They auto-compensate with hormones, energy drinks, drugs and faulty belief systems. On average, we live at roughly one-third of our natural potential. An autoimmune patient might be down to 10–15 percent. If the bulk of the population wasn’t feeding on processed foods and industrial toxins, we wouldn’t be associating decrepitude with aging, as a norm.

The general energy collapse is complicated by the fact that every single metabolism is as unique as a fingerprint. No two beings are alike, when it comes to energy management or healing. So how do we measure and find out what our individual metabolic type really needs?

One of my lucky strokes was to be introduced to metabolomics, an independent, Hippocratic branch that uses molecular blood tests to identify and correct individual energy blockades and deficiencies. It is the vision of Linus Pauling (and Hippocrates) enabled with scans that track all the energy processes in the body at once. I jumped at the opportunity to understand the cracks in my biochemistry. The data helped me shift to a new energy level that I didn’t know was possible, simply by eating and living according to my type.

Since then, there are few cells left of my previous incarnation. I’ve eliminated all MacBeth creatures. I’ve tuned into more energy sources, fixed leakages, shifted priorities, centered. About a year ago I partnered up with metabolomic doctors to pass on the favor — an energy giving activity in itself. In the last 9 months I’ve witnessed scores of clients engage in a powerful shift. Energy becomes apparent in thinking, behavior, weight, skin, glow, hair, performance…

Most of us are prone to a spectrum of health issues that often become chronic by the late 40s or early 50s, whether we acknowledge it or not. Most doctors dole out drugs to address the symptoms. When we understand the root drivers, we open new possibilities.

Check out the free E4L test on the enclosed page. It’s a Q&A that leverages data from over 15,000 metabolomic tests to help shed insight on the primary metabolic challenge. You’ll need a bit more than 10 minutes to get through the 120+ questions, but it’s worth it. Ping me direct if you experience an issue or have questions, this is still a beta version of the site.

Life is Meant to Be Enjoyed, Not Endured
Joy is our elated response to feelings of happiness
0976